Quick apology here. Back in June, the book club date did not work for another member, and it was never properly rescheduled. It just so happens that it was also supposed to be a combined meeting with the March/April book to also be discussed. And with the next Michael Vey book coming out sooner than I originally thought (making it a possible September/October choice). I think it would be a good idea to revisit these books (since I know both members never finished 3) for August/September.

In the second installment of the Michael Vey series, Michael must rescue his mother from one of the Elgen’s several compounds. But the Elgen know where the Electroclan is  and after narrowing escaping a trap, the Electroclan is led to jungles of Peru by a mysterious voice. There are several questions, but one stands out….is this all a trap?

Michael and the rest of the Electroclan are now scattered in the Amazon Jungle. Both the Elgen and Peruvian army are searching from them and Michael is the only one who manages to escape capture. Now Michael must find a way to save his friends from possible death. Meanwhile, Doctor Hatch starts his plans for global domination.

This meeting of Highlight & Read will take place on Saturday, September 27, 2014 at 10 A.M. Please comment if you plan on attending. If that doesn’t work for you please comment or contact me personally. The meeting place will depend on who attends. 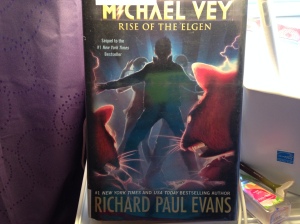 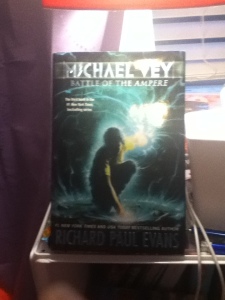 Do you have a book club book suggestion? Leave it in the comment section or email it to the blog at highlightandwrite@gmail.com. All entries must be clean, have minimal violence, and no adult content.